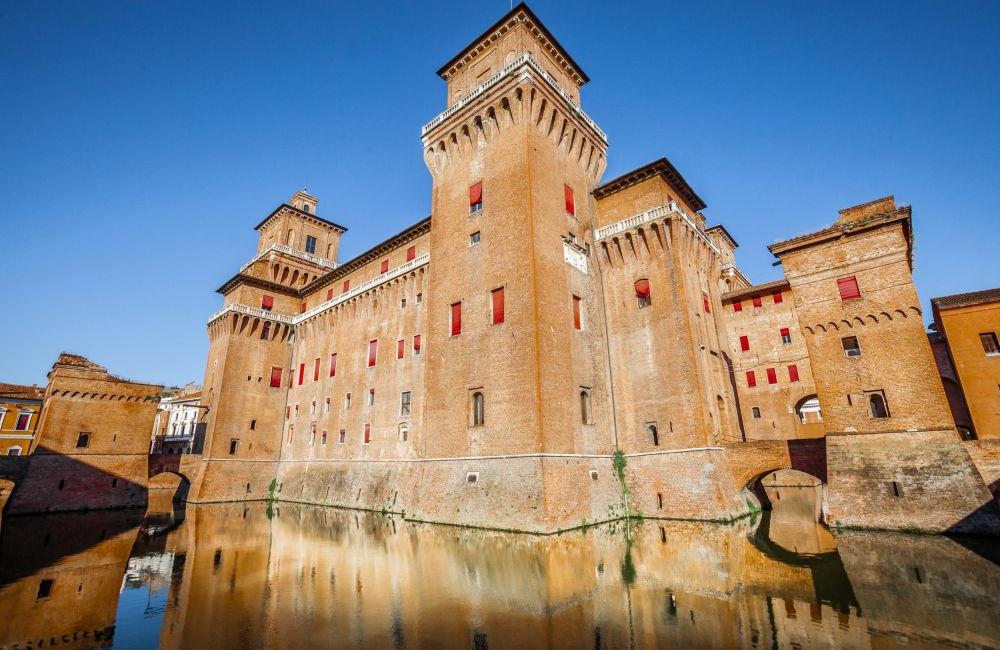 In the city of the Estensi, where their Renaissance testament still echoes, the go4all proposal  is dedicated to the accessible discovery of the city center, from the medieval area to that of the 15th century buildings, up to the Palazzo della Schifanoia where you can admire the court life revived in the frescoes or at the Romei house where it is possible to touch some exhibits. The tour ends with a tasting of local products.

Hotel Carlton 3 *
The Carlton hotel is strategically located in the center of Ferrara, 5 km from the Ferrara Exhibition Center and a 45-minute drive from Bologna airport. Furthermore, close to the hotel there is the railway station, which can be reached by walk .
Accommodations: the hotel has 58 welcoming rooms, elegantly furnished, spacious and fully equipped, available in the categories: Classic, Superior and Panoramic. All accommodations can be single, double, twin and triple. All rooms are equipped with recently renovated modern bathrooms with bathtub or shower, individual air conditioning, satellite TV, unlimited Wi-Fi connection, minibar and safe, LCD TV, individually controlled air conditioning and heating, hairdryer, open wardrobes in natural wood , duvets, double pillows, electronic safe, minibar and soft terry linen. Accessible room available (photos available)
Catering: the hotel offers a catering service exclusively for groups or meetings of at least 25 people with menus prepared directly by chef Giuliano. For individual customers, the hotel offers convenient agreements with the nearby restaurants in the center, all carefully selected.
Services: the structure has a 24-hour bar service, a convenient private garage located in front of the hotel with the possibility of charging electric cars (use a TYPE 2 EUROPEAN FORMAT cable), fitness center with "Tecnogym" gym, rental, storage and assistance of bicycles. For guests with reduced mobility, the hotel provides a Disability Manager and provides specific equipment rental services (eg. Wheelchair, lifts, electric scooters, etc ...); personal assistance services (eg O.S.S., nurses, non-specialized assistants); rental services of adapted means of transport with platform (minivan, coach and car). Upon request and with a small supplement, you will have a sanitizing treatment of your rooms with OzonoRapido. Pets can access any area, except the breakfast room and apartments (upon request upon arrival at the hotel, welcome kit and additional towel for your four-legged animal to stay overnight).

Breakfast and meeting with the guide to start exploring the city, the morning will be dedicated to visiting the medieval area (about 2/3 hours)
We will begin the itinerary towards the oldest medieval part of the city to savor the atmosphere of the suggestive Via delle Volte with its characteristic arches and the picturesque and silent streets of the Jewish Ghetto, lived by important personalities such as the Jewish writer Giorgio Bassani. We will then continue towards the medieval historical center to describe the splendid architecture of the Romanesque-Gothic façade of the Cathedral (partly covered by scaffolding), named after St. George, patron saint of the city. Unfortunately the cathedral is closed for restoration work and cannot be visited. After admiring the Palazzo Ducale Estense from the outside, today the Town Hall, the former residence of the Este family and home to the first permanent Italian theater, built in 1531 and directed by Ludovico Ariosto, the visit will end at the Estense Castle.
Accessibility notes:

The Estense Castle is accessible to people with disabilities and reduced mobility, except for the prison rooms and the Tower of the Lions.

Disabled people in wheelchairs can visit the entire Castle by going up to the first floor from the tower of San Paolo, the south-west tower, equipped with lifts.

The ticket office will provide detailed information and assistance points can be found along the route.

From 14 November 2018, the video guides of the museum itinerary have been implemented with the Italian sign language (LIS) and international (IS) to ensure that even deaf people can use the service.
Free lunch.

In the afternoon we will visit the Renaissance area (about 2/3 hours)
We will begin our walk in the Renaissance city, called "Addizione Erculea", an avant-garde urban project from the end of the 15th century. We will admire the beautiful Certosa, today a monumental cemetery, with its ancient history and its imposing church, we will cross the Massari Park, known for having inspired the garden of the Finzi Contini in the film shot by Vittorio de Sica in 1970, a splendid green space with its monumental "Cedars of Lebanon", to reach Piazza Ariostea, home to the competitions of our Palio, an ancient Este tradition. You will cross the historic Corso Ercole I d'Este, the ancient Via degli Angeli, the backbone of the Addizione Erculea, to observe the sixteenth-century palaces including the famous Palazzo dei Diamanti and the Palazzo di Giulio d'Este, which still make it today one of the most beautiful Renaissance streets in Europe.

Return to the hotel, free dinner and overnight stay.

Breakfast and check-out, meeting with the guide

For the section "without Moroti borders" a visit to Palazzo Schifanoia is proposed, an Estense delight famous for its 15th century frescoes, which reproduce, among other things, scenes from court life at the time of Borso d'Este, duke of the city. Admission is free for the disabled and for any accompanying person.

For the "without visual boundaries" section, a visit to Casa Romei is proposed, a beautiful example of a Ferrarese noble house from the 1400s. Inside the house there is a lapidary, where we had the permission of the museum director to touch the objects on display (with all the necessary precautions and sanitizing your hands before and after). Admission is free for the disabled and for any accompanying person
Accessibility notes:
Casa Romei Museum
Accessibility of the collections for the public with visual impairments: the museum is 50% accessible. The structures (columns, fireplaces, doorways) and various sculptures of the lapidary are accessible for guided tactile exploration.
The main floor, due to the nature of the collection (frescoes detached and relocated on different supports), offers fewer ideas, also due to the intrinsic fragility of the works. However, the furniture present is tactile explorable.
The museum offers some tactile reproductions of elements that cannot be explored tactfully, due to the size, the nature of the works, or the inaccessible position. These supports are accessible on request. The staff is able to welcome and lead people with visual impairments, and guide them in tactile exploration.
The lift also has a push-button panel in Braille.
The lighting is not optimal in all points.
Accessibility of the collections for audiences with hearing impairments: there are no video guides in LIS. There are only panels and captions to read.

Following tasting of local products at the Ferrara Store, a small place next to the Estense Castle, where, over lunch, you can taste: a taste of Ferrara cappellacci, typical cold cuts (aunt from Ferrara, coppa di testa salama da taglia) accompanied by the Ferrara couple, followed by traditional sweets, water and local wine. 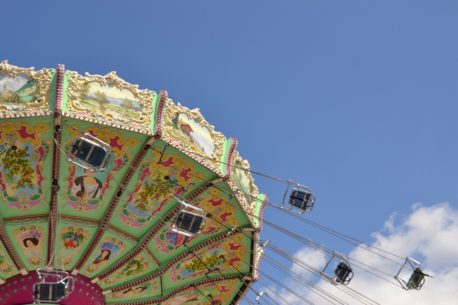 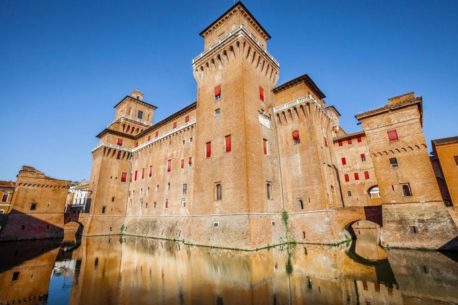 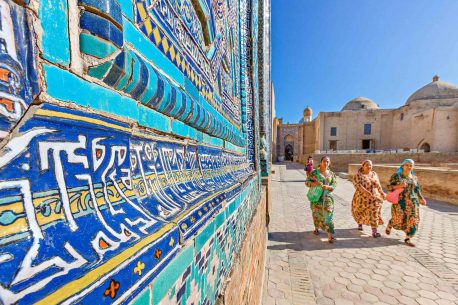 Uzbekistan – Assalomu aleykum With the greeting in the local language " assalomu aleykum " begins the adventure of all travelers who go to Uzbekistan , a Central Asian state that became independent from the USSR in 1991. Click here to discover our accessible travel for the disabled in Uzbekistan ! This tour is also […] 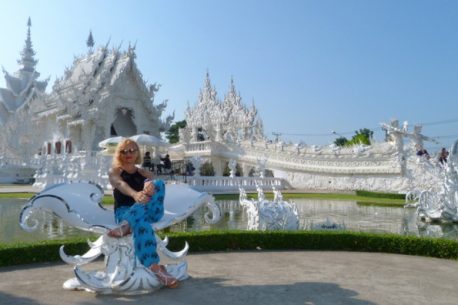 Bangkok, 20 September 2016. My trip to Thailand could only start from Bangkok, the capital of exotic Siam and chaotic and cosmopolitan city par excellence. The great Chao Phraya River, the backbone of a network of canals, divides it in two. Precisely for this reason Bangkok has taken on the title of "Venice of the […]